I was raised in a Southern Baptist Church, and that meant every year as the end of the fiscal year approached, we had a pledge drive. Sermons focused on tithing, budgets were discussed and approved, and since any valid budget needs a fairly accurate estimate of income, pledge cards were passed out. Members of the church were asked to fill out a card promising to give a certain amount of money each week, month, or year, and on “Pledge Sunday” everyone placed their cards in the offering plate. The pledges were not binding. No one called or sent Luigi to your house if you fell behind, but I’m sure the hope was that by signing their names, members would feel somewhat spiritually bound and would be more faithful in their tithes and offerings.

When I was eight years old, I made a public profession of having accepted Jesus as my Savior and was baptized. This made me a full-fledged member of the church. I was a fairly serious child, and I apparently decided that membership carries with it not only privileges but also responsibilities. As Pledge Sunday approached, I got hold of a pledge card, probably from the pocket on the pew in front of me that held visitors cards, offering envelopes, and other pieces of necessary information. I carefully filled in my name and considered my financial situation. END_OF_DOCUMENT_TOKEN_TO_BE_REPLACED

If you believe the ads you see on TV, quality family time consists of expensive vacations to theme parks or time spent playing video games or crowded onto the sofa watching the latest movie on demand while eating tasty snacks. I recently saw a version of quality family time that was quite different from the Madison Avenue version. END_OF_DOCUMENT_TOKEN_TO_BE_REPLACED

One of my literary friends wrote an article today about being a mom. She ended with a list of things she never thought she’d say.   One of the really hard parts about caring for a parent is switching roles with them and becoming the authority figure in the relationship. Following are some things I never thought I’d say to one or both of my parents. END_OF_DOCUMENT_TOKEN_TO_BE_REPLACED

Top Ten Comments from the First Year | by Linda Brendle

I published my first post on this blog a year ago today. In thinking about how to mark the day, I thought about doing something like what I did when I hit 10,000 all-time view,  reviewing the numbers and stats, but I really wanted to do something with more meaning. END_OF_DOCUMENT_TOKEN_TO_BE_REPLACED

When in doubt about what to write, or when too lazy to think deeply about a meaningful post, fall back on a little senior humor.

A concerned husband went to the doctor to talk about his wife.

“Doctor,” he said, “I think my wife is losing her hearing. She never hears me the first time I say anything.”

“Go home and tonight,” said the doctor, “stand fifteen feet from her and say something. If she doesn’t reply, move five feet closer and say it again. Keep moving closer until she hears you. This will give me an idea about the degree of her hearing loss.” END_OF_DOCUMENT_TOKEN_TO_BE_REPLACED

Puppies, Wasps, and Every Day Heroes | by Linda Brendle

Yesterday was an eventful day in a country living kind of way. It started normally enough with breakfast followed by coffee in front of our respective laptops, checking to see what was going on in the rest of the world. Neither of us found anything particularly interesting, so David put on his work boots and hat and went out to do battle with another tree stump, and I went to the garden to pull weeds. He told me later that when he was getting his tools, he heard a low growl under the shed. I would have investigated immediately, but his focus on the task at hand was stronger than his curiosity, so I was the first to meet our visitor. As I knelt in the garden, this little furball barreled into my backside. END_OF_DOCUMENT_TOKEN_TO_BE_REPLACED

I believe in the healing power of music, and I also believe it is our responsibility to care for “the least of these.” Maria Corley, one of my fellow AKA authors, asked for help in raising awareness about a new organization that combines the two. How could I say anything but yes. 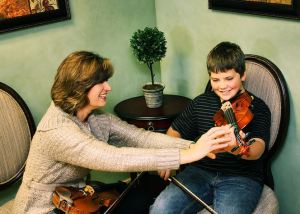 Children of incarcerated parents have a 72% chance of being incarcerated themselves.  One in twenty-eight children in America falls into this category.  While Big Brothers Big Sisters of America and other charitable organizations are actively involved in serving children with imprisoned parents, there is only one charity in the country specifically devoted to breaking the cycle.  Even more shocking:  SWAN (Scaling Walls A Note at a Time) has only existed since December of 2011. END_OF_DOCUMENT_TOKEN_TO_BE_REPLACED