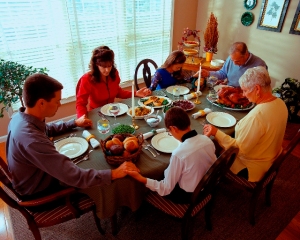 If you believe the ads you see on TV, quality family time consists of expensive vacations to theme parks or time spent playing video games or crowded onto the sofa watching the latest movie on demand while eating tasty snacks. I recently saw a version of quality family time that was quite different from the Madison Avenue version.

Our church did another “outside the building” project this week at the local middle school. Some of 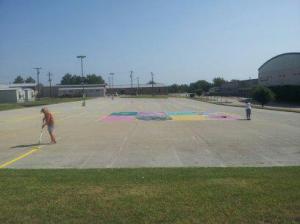 us restriped the parking lot while others scraped and painted the metal posts and framework of a patio cover. The volunteers included several men and women, 2 couples, and one family of 4. The two little girls, ages 3 and 8, thought it was a great adventure.  I thought it was a wonderful picture of four people who not only live in the same house and share the same last name but also live life together as a unit, a real family.

On the first day when we were doing prep work, both girls wielded scrapers, wire brushes, and rags and tested their balance, under the watchful eye of their parents, on ladders and scaffolding. The results weren’t stellar, and the breaks for trips to the potty, snacks, and tending to boo-boos were frequent, but the sense of accomplishment and of being a contributing part of the group was beautiful. 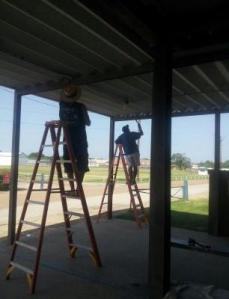 On day two, the three-year-old tried her hand with a paint brush, and the eights-year-old did a great job with a roller on a long section of metal seating. Both girls added more paint smears to the same over-sized t-shirts they wore last year when we painted the school doors.

By day three, the novelty had worn off, and the girls and a friend who tagged along spent most of the morning playing. They squealed and giggled and did all the things little girls do when they’re having a good time, but they also conducted themselves like children who are part of a family group and know what is expected of them. They ran back and forth between the project area and the athletic field where the football team was getting ready for the season, but they stayed on the grass and stopped to check for cars when they had to cross the driveway. When they got too hot, they went into the air-conditioned building and entertained themselves with toys brought by experienced and prepared parents, but they didn’t run around creating havoc in the unoccupied classrooms.

The girls also got to share in the rewards that followed the work. We started early every morning before it got too hot, and as the mercury approached triple digits and the clock approached noon, we called it a day and went to Dairy Queen for lunch and ice cream. All of us, regardless of age, thought it was a fitting reward for being a contributing member of the group.

Years ago I worked with a lady who had a very different idea of family time. She was a single mom with a difficult job, and she relied heavily on day care. After work, instead of picking up her children immediately, she often went to the park for a walk or went home to take a quick nap. She ran errands, did housework, started dinner, and retrieved the kids from the day-care center just before closing time. When I asked her about it, she said that she needed some time to decompress after her day at work and that it was a lot easier to get her errands done alone. She also complained that her kids were demanding in the evenings and on weekends, always wanting to go somewhere or to be entertained, but that was all they knew. They spent the bulk of their time in a structured environment filled with planned activities and field trips and didn’t know that family time was any different. 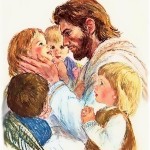 demanding. But Jesus didn’t think children were a bother.

Our family of four had to leave early on day one to take the youngest to the doctor for a check-up. As the mom herded her brood toward the truck, I told them all good-bye.

“You girls did a great job today,” I said. They grinned and giggled their thanks. “I’m really glad you brought them,” I said to the mom. “It’s nice to see families doing things together.”

“Well,” she said with a Mona Lisa smile, “It’s a family project.”

I get the feeling that, in their home, life is a family project. If more people felt that way about their families, we’d probably see a lot more of the Kingdom of God right here on earth.