The Horror of Alzheimer’s | by Linda Brendle

Last week Krista Krueger was a guest on my blog. Although she normally writes dark fantasy, paranormal, and horror, in keeping with the topic of my blog, she wrote an open and heartfelt post titled “When Reality Bites, Write.” This week she invited me to be a guest on her blog KompletelyKrista.  In keeping with her genre, I wrote a post called “The Horror of Alzheimer’s.” Pop over for a read, and spend a few minutes browsing through Krista’s other writings.

Put Your Oxygen Mask On First | by Linda Brendle

Becoming a caregiver is not something most of us plan for, go to school for, or train for. When I became a full-time caregiver, I had no idea of how to do it well or how to deal with the difficulties I encountered. I expected to find lots of help in Florida where the population is decidedly on the gray side. Although I found a few sources, websites were confusing and hard to negotiate, and agencies were even more confusing and difficult. What I really wanted was to sit with experienced caregivers who could tell me what to do. I talked with the counseling pastor at my church, and as often happens when you point out a need, he agreed and suggested that I start a group. The short version is that after much thought, prayer, and the agreement of another couple to partner with us, David and I became facilitators of a caregivers’ support group. Following are my opening remarks from our first meeting: END_OF_DOCUMENT_TOKEN_TO_BE_REPLACED 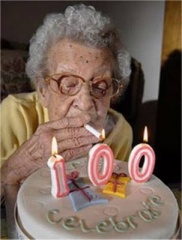 I thought I’d tell a few more jokes today. Stop me if you’ve heard any of these.

I was taught to respect my elders, but it keeps getting harder to find one.

When I was younger, a lot of my social life revolved around birthday parties. Then it was graduations followed by weddings and baby showers. Now I still go to a few weddings and showers as the next generations come along, but I seem to be attending a lot more funerals lately. If I stay healthy, I’m going to have to find some younger friends. END_OF_DOCUMENT_TOKEN_TO_BE_REPLACED

This blog sort of fits with my blog at www.kompletelykrista.wordpress.com  called Writing and Reality because this is part of the reality that goes with my writing.  One of my daughters is Autistic and that takes up a lot of my time.  The more therapies, the more interaction that she gets, are all things that help her development.  One of my sons also has what has been termed as delayed, so he needs less but still some help in maturing and that kind of stuff.  The amount of meetings I go to during the school year is amazing.  My husband works two jobs so that I can stay home and take care of her and the other two kids.  For roughly six years I’ve been doing this by myself.  Sometimes people try to help but when it comes to our kids, we’re very specific about who can watch them for us to get an hour out to maybe grab something to eat and that hasn’t been able to happen for a long time now. END_OF_DOCUMENT_TOKEN_TO_BE_REPLACED

Providing for the Least of These | by Linda Brendle 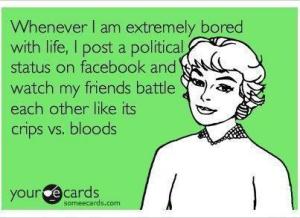 A sure way to start a riot on Facebook is to post a political comment. Nobody agrees on anything political with the exception of the national debt: that it has reached critical mass and that we have to stop spending money we don’t have. Ideas vary widely as to where cuts should be made: the military budget, tax advantages, entitlement programs. Some of the cuts will come after the elections, but some of them are happening right now, and some of them are happening right here in Emory, Texas. The media pundits throw around lots of impersonal words when addressing this issue, but it’s harder to talk about when there’s a face attached to the cut. END_OF_DOCUMENT_TOKEN_TO_BE_REPLACED

Loss and Gain | by Linda Brendle 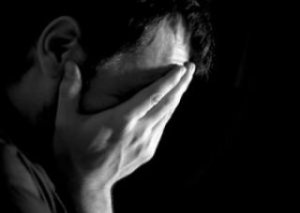 Last week I exchanged several e-mails with a friend who had just returned from a trip to care for a loved one in distress. In addition to travel fatigue, she was feeling especially sad because of the approaching anniversary of the death of someone who played a major role in her life. Her last e-mail was short and to the point.

It’s been a pretty tough week.  Jet lag and grief apparently enhance one another. END_OF_DOCUMENT_TOKEN_TO_BE_REPLACED

Confessions of a Make-Up Junkie | by Linda Brendle 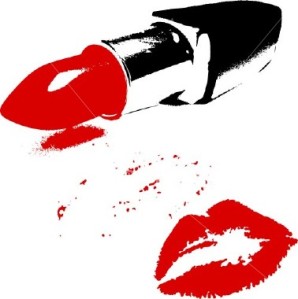 I’ve written a couple of “confessions” posts in the past (here and here and here). Here’s another one about make-up. I’ve had a love/hate relationship with make-up most of my life. The only time Dad ever spanked me was because of lipstick. I was five, and like most little girls, I was fascinated by all the neat stuff Mom put on her face, especially lipstick. One day I asked permission to put on some lipstick, but for some adult reason, she said no. Forbidden fruit is always the most tempting, so when she wasn’t looking, I slipped over to her dressing table and did the one thing I had been told not to do. I’m pretty intelligent, but sometimes I’m not very smart. I’m not sure how I expected to get away with my crime with the evidence smeared all over my face, and I didn’t. Not an auspicious beginning. END_OF_DOCUMENT_TOKEN_TO_BE_REPLACED