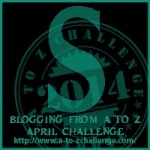 Jehovah Sabaoth is translated as Lord of Hosts or Lord of Powers. Sabaoth means hosts or armies, and combined with the term for Lord, it signifies His control over all armies, whether spiritual or earthly. This compound name is used almost 300 times in Scripture, most often by Isaiah and Jeremiah. It is first used in the story of a man named Elkinah and his wife Hannah who were making their annual pilgrimage to Shiloh.

Now this man used to go up year by year from his city to worship and to sacrifice to the Lord of hosts at Shiloh, where the two sons of Eli, Hophni and Phinehas, were priests of the Lord.      1 Samuel 1:3

Elkinah and the rest of his family came to worship and celebrate together, but Hannah came to lay her burden of childlessness at the feet

of the Lord of Hosts. A year later, Hannah was the mother of Samuel who became a might prophet of God. Jehovah Sabaoth is also the name David called on to help him when he faced Goliath and throughout his life as he faced the armies of Saul and other enemies.

The prophet Isaiah used this name when describing his overpowering vision of God, and Amos wrote of the sovereignty, omniscience and omnipotence of the God of hosts.

For behold, he who forms the mountains and creates the wind, and declares to man what is his thought, who makes the morning darkness, and treads on the heights of the earth—the Lord, the God of hosts, is his name!      Amos 4:13

My search for information on Jehovah Sabaoth was another of those that produced much more material than I could process. Distilling what I read to its simplest form, when we find ourselves facing an army of trouble, worry, or anything beyond our ability to deal with, we can turn to Jehovah Sabaoth. He is powerful enough to defeat any enemy, and if we place our trust in Him, we can join Him in the victory.

For everyone who has been born of God overcomes the world. And this is the victory that has overcome the world—our faith.      1 John 5:4

Other names and characteristics of God that begin with S are:

Behold my servant, whom I uphold, my chosen, in whom my soul delights; I have put my Spirit upon him; he will bring forth justice to the nations.      Isaiah 42:1

Book Review: Out from the Shadows: 31 Devotions for the Weary Caregiver by Pamela Thorson

Part 1 of Interview with Pamela Thorson, Author of Out from the Shadows: 31 Devotions for the Weary Caregiver

Comments on: "A to Z Challenge–The Names of God—S is for Jehovah Sabaoth | by Linda Brendle" (4)