My first book signing was small but very special. I work at my church as the part-time secretary, and when I arrived at the church earlier this week, I noticed something very familiar lying on the pastor’s desk. It was a paperback copy of my book, the first one I had seen. My copies are on the way, but his arrived first. He asked me to sign his copy, and I was excited to do so.

Other book signing events are in the planning stages – watch this blog and my various social media sites for details. These upcoming events will be more official, and hopefully larger, than the first one, but none of them will be any more special.

I’m feeling a little old lately. Sunday afternoon I even dozed off for a few minutes during the football game. Not for long, though, because I woke up when I heard David snapping a picture of me, a photo that ended up on Facebook. There was a time when a person could grab a few winks on a Sunday afternoon without being harassed by the paparazzi, but at least I had my mouth closed.

One reason I’m feeling a bit on the elderly side is strictly physical. Saturday I worked in the garden for a few hours, and my body was a little mad at me over the weekend. I felt fine as long as I was sitting still, but every time I sat or stood or otherwise shifted positions, those muscles that I hadn’t used in a couple of months protested rather vigorously.

Aside from the physical, there are other reasons I’m feeling my age. For one thing, our granddaughter just had her 6th birthday. We couldn’t go to Oregon to celebrate, but we had a Face Time conversation with her. She is so grown up that I had visions of her in a cap and gown and maybe even a wedding dress, and I sighed as I envisioned the years flying by.

As if that weren’t enough, our son has been complaining about his advancing age. He’s a young 43, but he was recently shocked when he was offered a senior discount at the grocery store. His fading youth was further insulted when his eye doctor prescribed bifocals. He tried to soften the blow by calling them transitional lenses, but the damage was done. He and I both felt the years piling up.

All of this was bad, but the thing that has made me feel the oldest is an email I received last week announcing plans for a high school class reunion – the 50th. Yes, it has been fifty years since I donned my own cap and gown and celebrated the successful completion of twelve years of education. My class is not very active, so our last reunion was thirty years ago. However, thanks to the Internet and social media, no one will expect us to be as young and beautiful as we were then. This time, instead of comparing careers and children, we’ll probably be competing to see who has had the most joints replaced and whose grandchildren are superior. It will be fun to reminisce and reconnect, but the coming event adds to my feelings of advancing age.

It’s not all bad, though. As for the physical aches and pains, a few pain pills and a hot shower or two made me feel normal again. When it comes to my aging son and my growing grandchildren, I’m in reasonably good health, and with the Good Lord’s help, I’ll have the privilege of celebrating many important life events with them. The reunion? I still have mixed feelings, but I’ll probably go, and I’ll probably enjoy it. After all, my grandchildren are definitely the most beautiful and the most brilliant.

Quotes and Tips for Caregivers – Success | by Linda Brendle

Too often, being a caregiver is synonymous with feeling like a failure. Unless you are caring for someone with a curable disease, your loved one will eventually lose his or her battle regardless of how well you do your job. With this in mind, caregivers must learn to measure their success by the small daily victories.

If you can answer yes to any of these questions and many others, you have succeeded.

Bette Davis once said that getting old is not for sissies. Your body and mind betray you, and society tends to dismiss you as being past your usefulness. The best revenge is to continue to surprise the world with your resourcefulness and adaptability! 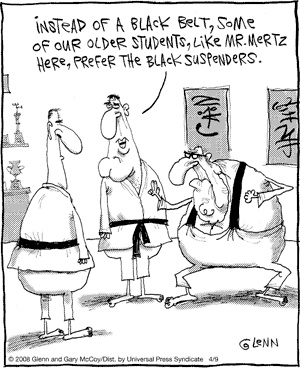 Caregiving often seems like a long and lonely road to nowhere. Even those who have a strong support network have times when Mom is insisting that you stole her sewing scissors, Dad is wandering around the house in the middle of the night, or a beloved spouse is afraid or in pain, and the few moments of respite earlier in the week are nothing but a dim memory. The strongest among us sometimes buckles under the weight of feeling alone and forgotten, but God never forgets, and He never leaves you alone. 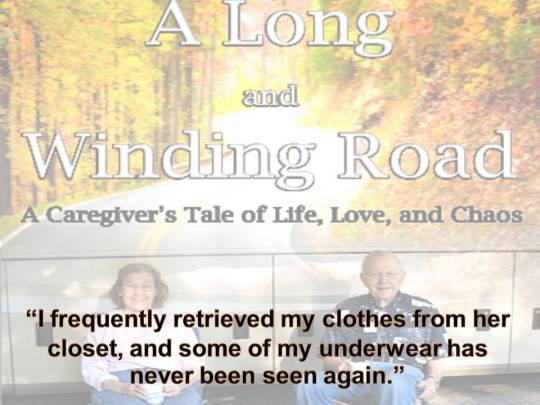 The short version of the story is that this is what happens when a person with Alzheimer’s does the laundry for the whole family.

All About Writing – It’s Difficult | by Linda Brendle

When I first saw this quote, I cocked my head and looked at it like a calf looking at a new gate – yes, I’m from Texas. My first reaction was, Wait! That’s not right. People sometimes tell me things like I don’t know how you think of all the things you write about. My standard comment is that’s just the way my mind works or I guess it kind of comes natural. END_OF_DOCUMENT_TOKEN_TO_BE_REPLACED

The Downsizing of America | by Linda Brendle

Have you noticed that a lot of things in this country are getting smaller – and I’m not talking about the glaciers in Alaska or the coastline of California. I first became aware of this phenomenon a few years ago when my mother-in-law was making tuna salad for lunch.

“Linda,” she asked as she opened a couple of cans, “why is the tuna so runny lately? I buy the same brand I’ve always bought, and it’s mostly water.” END_OF_DOCUMENT_TOKEN_TO_BE_REPLACED

A lot is written about self care for caregivers – arranging for respite care, taking steps to maintain a life of your own, and other ways to plan to nurture yourself while nurturing another. Sometimes, though, opportunity and need coincide, and a caregiver goes AWOL for a little while. Apparently, the same is true for bloggers. END_OF_DOCUMENT_TOKEN_TO_BE_REPLACED

Christmas involves a lot of decisions: which friends and relatives to visit or to invite, which family favorites to put on the menu, and which loved ones to put on the naughty list and which ones go on the other list. Today, on the first day of the New Year, most of the visitors have gone home, most of the leftovers have been eaten or thrown out, and most of the gifts have been put away. Still, there are decisions to be made. END_OF_DOCUMENT_TOKEN_TO_BE_REPLACED