This has been an interesting week – not because of any one thing, but because of several small events. I decided to make this a potpourri column – a mixture of all these different things.

In my column two weeks ago, I wrote about what I’ve learned through the experience of writing fiction. One of the first interesting things this week was that I completed the first draft of my first novel. It was thrilling for a few minutes, at least until the reality of endless editing struck, and until I remembered that no one but me may think it’s worth the year I’ve spent on it. Still, if I’ve learned anything about this pursuit, it’s that a writer continues to put words on a page even if no one ever reads them.

Later in the week, I was reminded why I write, regardless of the format or the genre. On 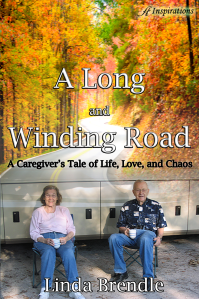 Thursday and again on Friday I met people who recognized my name from both my column and my book. Both ladies said they especially enjoyed reading about Kitty, and one said she related to my book because she and her husband had done some RV traveling. She had also cared for her aging mother for a while, but we laughed over the fact that, unlike me, she didn’t combine the two experiences. While it validates my work to know that people read and enjoy my efforts, it helps give meaning when the words connect us in some way.

The third happening occurred on Friday when David and I began a long weekend of house and Spike sitting. For the benefit of newer readers, our friends Kent and Stella live on sixty-five acres with Spike, a Great Pyrenees mix who adopted them a year or so ago. When his people go out of town, he invites us to come over and play, and he usually provides lots of writing material. So far, however, he has been so good the only thing I have to tell you is the downspout incident.

Not Spike, but the same look.

When we arrived Friday evening after Home Group, it was raining and had been for two or three hours. Spike was tethered, as usual when home alone, on a long lead that gives him plenty of room to roam around the yard when he wants and to lie on the covered patio when he doesn’t – or when it rains. Friday night, though, he was sitting in the rain, wet and forlorn. When I investigated, I discovered that his leash had become entangled with the downspout. It’s one of the flexible kind that extends when the force of the water is strong enough and coils up when it dries up. Apparently Spike had come too close during a downpour and, like a Venus fly trap, it grabbed him. He was very grateful when I freed him. Maybe that’s why he’s been so good.

The last bit of potpourri I have to share is about Kitty. Last week I shared her recent

troubles, one of which was a trip to the vet. She was scheduled for her annual shots, but after spending forty-five minutes in the waiting room with unruly canines, she was so stressed that they could only give her one of three shots. David loaded her back in her carrier on Wednesday for a return visit, arriving fifteen minutes before closing time. As he had hoped, the waiting room was almost empty, and Kitty was taken back shortly after her arrival. She apparently behaved well enough to receive the other two shots, and the vet said she was a real sweetheart. Kitty has handled the situation with grace and without recriminations. I guess she realizes that we are Kitty owners in training.

Available in paperback and digital versions.

Comments on: "Potpourri | by Linda Brendle" (2)