Published in the Rains County Leader on October 30, 2018: 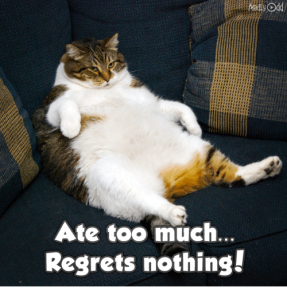 I think I gained about five pounds this weekend. Besides our regular Friday night Home Group that always includes a delicious dinner, we had a family fish fry on Saturday, and a chili cook-off at church on Sunday. I may never eat again!

Home Group met at a different home, and we had to negotiate washboard ruts and water-filled pot holes in the caliche road, but everyone arrived with a smile and was greeted with many hugs. We welcomed a new couple and re-welcomed a couple whose work schedule only allows them to come occasionally. The menu was heavy on desserts, and lively conversation and laughter accompanied dinner. A sweet time of shared prayer followed, and when we finally settled down to Bible study, the discussion was lively and educational. The evening ended as it began, with smiles and hugs and promises to “see you on Sunday.”

The family fish fry was at my Aunt Fay’s home in Brashear. The roads were better, but

the smiles and hugs were the same – well, almost the same. The self-appointed cook arrived late with a less than happy face after suffering a truck invasion and theft the night before. He didn’t want to disappoint the hungry hoard, though, so he set up two deep fryers and began to do what he loves – cooking good food. He soon had an audience of kinfolks who love to eat what he cooks, and his good humor began to return.

Our family has grown by one in the last several months, and cameras were busy capturing toothless smiles and pink toes. We also welcomed a cousin whose health has kept him home for the last several gatherings. We squeezed into the breakfast room for a family circle where Aunt Fay officially welcomed us to her home, and one of the younger men gave thanks for the blessings of food and family. Those of us who had been in the kitchen chose the platter-style paper plates instead of the round ones, and even those were not big enough for a small sample of each offering. After the tables were cleared, the kids went outside for a modified version of paint ball, and some of the older kids played bean bag toss or just sat and enjoyed the beautiful fall afternoon. The day ended with more smiles and hugs and promises to “see you at Thanksgiving.”

Off. A dozen or so chili chefs entered their best creation to be evaluated by both a panel of judges and by all the diners in hopes of winning either the Judges’ Prize or the People’s Choice Prize. In addition to the chili and condiments like cheese, onions, corn chips, and crackers, there were hot dogs and a table full of desserts. The Fellowship Hall was full, and many people balanced a bowl of chili and a glass of tea until a chair became available. The walls echoed with happy talk, and a lot of “Excuse me’s” and laughter as people sidled between tables and lines of people. As Crockpots were emptied and tummies were filled, children became restless and people began to get ready to go home. The cook-off ended with smiles and hugs and promises of “see you on Wednesday.”

Now I’m at home on the love seat with football on the TV and David napping on the sofa. I’m tired but content after a weekend full of love, and I’m wondering if it’s too early to warm up the leftovers I brought home from the fish fry. 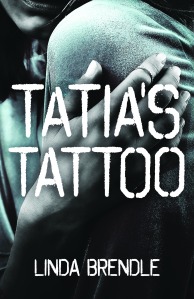 On being an overachiever | by Linda Brendle

Kitty, where are you? | by Linda Brendle