How a writer gets even | by Linda Brendle

Published in the Rains County Leader on September 10, 2019:

Knowing a writer can be dangerous. You never know when you’ll see yourself in print. I learned that when my son Christian wrote his first novel at 16 years old. I recognized myself in the over-protective mother who woke her son each morning with a cheerful Good morning, sunshine. Over the years I’ve seen my politics and religion displayed to the world. I’ve cringed as my failed marriage was discussed, and I’ve cried when he thanked me in one of his first published books for showing him what it means to be a person of faith. There’s always payback though. He showed up a lot in my memoir and even more often in my blog. Maybe that’s why I started to write. As the saying goes, don’t get mad, get even.

When I began to write my first book, I worried about what people would think if I wrote about them. That’s part of being a co-dependent, always wanting everybody to be happy. My memoirs aren’t of the Mommy, Dearest type, but the people in my life aren’t perfect. When writing about real people, I never write in anger, and I write gently but truthfully, following the Apostle Paul’s admonition to speak the truth in love.

That kind of writing can be difficult when the subject is caregiving. Dad would have been

mortified to know that I wrote about his hygiene issues, and Mom would have been embarrassed for people to know that she sometimes put four socks on one foot and two on the other. But that was part of the truth about caregiving, and I told my stories in hopes that other caregivers would be encouraged to know they’re not alone, inspired to continue living in spite of hardships, and maybe even be amused by some of the ridiculous situations that dementia causes. Based on the responses I’ve received, those hopes have been realized.

So far I’ve not had any complaints from people who have become part of any of my books. Hopefully, that means I haven’t offended anyone and not that they are quietly plotting revenge. As I’ve expanded my writing platform to include frequent blogs and a weekly newspaper column, I’ve received much more feedback from people who recognize themselves in print. Responses range from an excited I made the paper to an increased discretion in my presence. One particularly long conversation at the Senior Center about what kind of screws one of the guys was going to purchase at Hooten’s after lunch ended up as a City Girl column. For a while after that, any time someone started to say something interesting, the speaker would look at me with caution and say, “Don’t write about this.” One of the most direct confrontations I’ve had, though, came one evening several years ago.

“It’s for you,” David said as he held his cell phone out to me.

I knew who it had to be. It was our RV friend who always calls just as we’re sitting down to dinner. But why did he want to talk to me instead of to David?

“Shame on you for quoting me in your blog,” he said.

I heard a smile in his voice and laughed with him.

“I was just reading your blog and had to call you. Go enjoy your dinner, and I’ll talk to you later.” 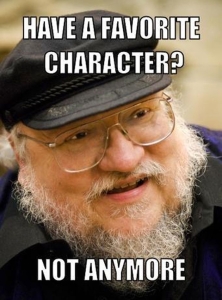 I’ve continued to write about what I know and who I know. And to my dear RV friend, here you are once again – and no, I’m not ashamed. I’ll make you a promise. If you decide to become a writer, feel free to write about me as long as you speak the truth in love. I promise not to get mad – but I might get even. And one more word of warning – since I’ve expanded my repertoire to include fiction, I have other weapons in my arsenal. If you make me mad, I’ll write you into one of my books as the main villain, and I’ll kill you off!

Tales from the Rains County Fair | by Linda Brendle