Tatia had trouble choosing someone to emulate. There were not many heroes or role models in her life.

For the past few weeks I have been sharing sample chapters of Tatia’s Tattoo. Links to previous chapters are at the end of this post. Following is Chapter 7. Chapter 8 will be posted on Thursday. 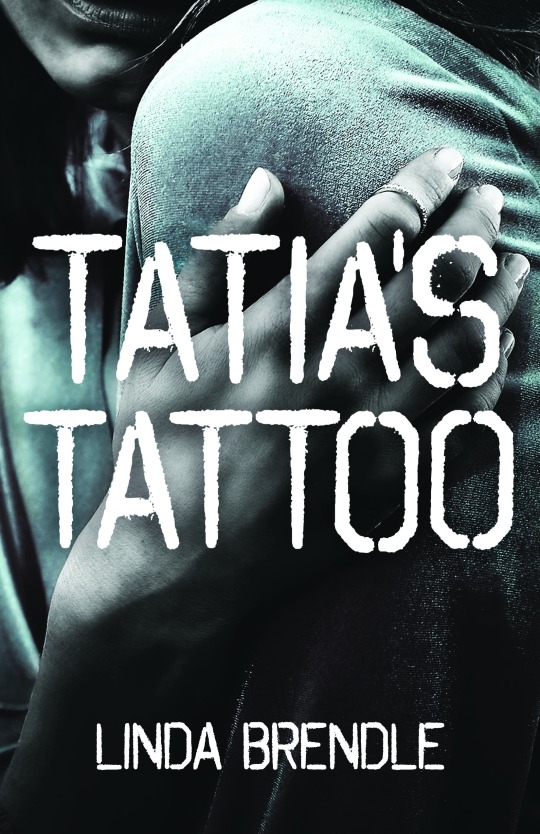 On Wednesday, Tatia’s group finished lunch and went to the camp post office to check for any new messages. After reading her three notes, Michelle plopped down next to Betty on a bench and asked the most common question at camp: “What do we do next?”

Betty consulted the schedule on the back of her name tag before she answered. “We have forty-five minutes before we’re scheduled for Imagination Station. Let’s go to the patio. We’ll be right next to the Station, and there are three crafts to choose from.”

Both girls had time to make a spin-art picture, and while they were drying, another teen helper showed them how to weave a key chain with multi-colored strands of plastic. Betty stood back and smiled as she watched her giggling campers continue to forget their problems and enjoy a normal childhood for a few days. When the girls each had about a three-inch start on their chains, Betty glanced at her watch.

“Okay, ladies! It’s time for Imagination Station. Let me put your chains in my bag and let’s move in that direction.”

“But what about our pictures?” wailed Michelle, who was a bit of a drama queen.

“They need a few more minutes to dry. We’ll pick them up on the way back to the cabin to change for swimming.”

“Okay,” said Tatia, handing over her project. “What is Imagination Station anyway?”

“It’s a little hard to explain,” said her counselor. “You’ll see for yourself in just a minute.”

The trio followed several other campers into the large room that normally served as the dining hall. The tables had been pushed back against the walls, and some of the chairs had been arranged in a circle at one end of the room. On the raised platform on the other end of the room, a Cheval mirror stood in front of a lone chair. The space between was filled with several hanging racks filled with fancy dresses, uniforms of various first responders, jerseys from a number of sports teams, and a selection of super hero costumes. There were also several tables loaded with shoes, purses, jewelry, and all sorts of accessories.

The counselors took seats and settled back with looks of anticipation on their faces, eager to see what their children would discover about themselves in the next few minutes. The curious campers were greeted by a tall, solid woman with shoulder-length salt-and-pepper hair, deep brown eyes, and an enthusiastic smile that put the girls at ease.

“Good afternoon, ladies!” she said. “My name is long and hard to pronounce, so you can call me Mrs. G. I’m sure you’ve seen me around, helping out here and there, but my favorite part of camp is Imagination Station where, for a few minutes, you are all encouraged to let your minds run free and imagine all the opportunities that are open to you in the years ahead. Does that sound like fun?”

Some of the girls, especially those who had been at camp before, nodded enthusiastically, but others like Tatia looked skeptical. Mrs. G continued.

“How many of you have ever played ‘dress up’?” she asked. A couple of the girls raised their hands while the rest shook their heads. “Well, now is your chance. I want each of you to pick out an outfit, complete with accessories, that represents something you might like to be in the future. After you get dressed, our photographers are waiting to take your pictures, and then I will visit with each of you for a few minutes in front of my Magic Mirror. Sound good?”

She was greeted by a chorus of excited agreements, and the small herd of children flowed by her as she stood out of the way. However, Tatia hung back, reluctant to join in the fun. She half-heartedly fingered a few of the costumes while Michelle donned a slinky black dress that was slit up one side, and Jane, another girl from their room, held up a pink satin dress, announcing that she wanted to dress like Jennifer Lopez. Mrs. G watched Tatia and recognized the symptoms of an imagination that had been crushed by too much hurt and too many disappointments.

“Hi, Tatia,” she said gently. “Is there someone in your life that you admire – someone you would like to be like one of these days?”

“Well,” encouraged Mrs. G. “Is there someone on TV or the movies that you like?”

“That’s okay. How about a special teacher or a doctor – someone who has helped you or been especially kind to you?”

A small smile tugged at the corners of Tatia’s mouth. “There was this one lady I met several times when Mama died and then when Grandma got sick. She was the only one who really paid attention to me and asked me what I wanted. Not that it mattered much since nobody wanted me anyway. I think she was a lawyer.”

“A lawyer! I think you’d be a great lawyer, and I have just the outfit.”

Mrs. G helped Tatia find a tailored dress and a pair of black pumps. Both were a little big, but the enthusiasm of all the other girls was infectious.

“I like it,” said Tatia with a shy smile. “I’ll look for a scarf or something to use for a belt, and it will be fine.”

“Great!” said Mrs. G. “I’m sure you’ll find the perfect accessories, and I’ll see you in front of the Magic Mirror in a few minutes.”

She left Tatia browsing through the jewelry and purses, and she began calling the girls to the platform one at a time. She sat in the chair and positioned each camper in front of the mirror and asked them what they saw. With gentle questions and suggestions, she encouraged them to see beyond the hurt and abuse in their past and see the truth of who they were and of the possibilities that lay ahead of them.

Tatia found a black purse that, with a little imagination, could pass as a briefcase, and a gold chain necklace that added the perfect touch of conservative bling. While she waited to be called by Mrs. G, she watched Michelle prance around and pose for the photographer as if she had been modeling all her life. Tatia found her know-it-all attitude a little irritating, but she couldn’t help but envy her confidence. While she waited for one of the photographers to be free, she continued to watch as Michelle took her place in front of the mirror. Tatia was surprised when the self-assured, I-can-do-everything tween refused to look in the mirror. Suddenly, she was a timid little girl with no sense of self. In a flash of insight, Tatia realized that, in spite of outward appearances, Michelle didn’t believe she was worth anything at all.

“May I take your picture?” said one of the photographers, rousing Tatia from her thoughts.

Her first poses looked like she was having a driver’s license photo or a mug shot taken, but with a little encouragement, she loosened up a bit and let her beautiful smile and her personality shine through. When her turn in front of the mirror came, she was surprised at how mature and poised she looked. As she imagined herself standing in a courtroom, Mrs. G talked about her underlying confidence and how her strength would see her through even the hard times.

When her time in front of the mirror was over, Tatia reluctantly stepped down from the platform. Before she went to take off her lawyer garb, she stopped and turned back.

Mrs. G didn’t respond immediately, but Tatia could see tears shining in her eyes as she swallowed hard. Then she found her voice and said, “I’d be honored, Tatia.”

After she carefully hung the dress back on the rack and returned her accessories to the table, Tatia went and sat next to Betty, who was wiping her eyes, and Michelle, who was uncharacteristically quiet.

“You both looked wonderful,” said Betty. “How did you feel when you looked in the mirror?”

“I was surprised,” said Michelle in a tiny voice. “I really looked pretty good.”

“Yes, you did,” said Betty, giving her shoulders a quick squeeze. “Really beautiful. And how about you, Tatia? Were you surprised?”

Tatia ducked her head and covered a smile with her hand. “Yeah, kinda,” she answered. “I mean, I looked serious – like someone who could really make a difference.”

Betty gave her a hug and wiped her eyes again, and then Mrs. G joined the group. Once again, she spoke with each girl individually. She talked briefly about her impressions of each one of them, and she gave them a stone with a single word painted on the front and a Scripture reference painted on the back. When she came to Tatia, she once again mentioned the inner strength she saw in her. The stone she gave her said “strength,” and on the back, it said “Phil. 4:13.”

“Do you know what that verse says?” Betty asked her as Mrs. G moved on to the next girl. Tatia shook her head, and Betty told her. “I can do all things through Christ which strengtheneth me.”

Tatia turned the stone over and over in her hand as those words turned over in her mind. She didn’t understand what they meant, and she certainly didn’t feel strong. When Betty announced it was time to go on to the next activity, Michelle was out the door first, as usual, and Tatia brought up the rear. She was almost out the door when she heard Mrs. G call her name.

“Tatia, I’m not supposed to do this, but I want you to have this.” She handed Tatia a card with her name and phone number on it. “I have a feeling that you’re on the edge of some kind of trouble. I’d like you to keep this with you, and if you ever need help, give me a call.”

“Okay,” Tatia said, slipping the card into her pocket. “Thanks.”

Want to read more? Buy the complete book onAmazon in either digital or paperback.