Smoothies and leftovers | by Linda Brendle 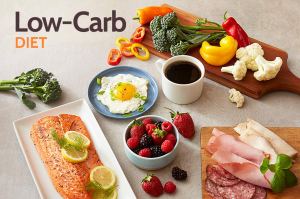 Several months ago, diets became a popular topic of conversation at our weekly Home Group Bible Study. It’s not surprising since food is the second most important reason for getting together next to the actual study part. Well, maybe the third since we do enjoy each other’s company a lot. Anyway, it seems that, during the lock down, many of us shared a common experience – we ate too much. David and I attacked our few extra pounds by returning to the gym as soon as it re-opened, but going on a diet seemed to be the remedy of choice.

programs, but they all sounded like some version of an Atkins/Keto/low carb regimen. One thing they all seemed to have in common, though, was smoothies. When I thought of smoothies, I pictured concoctions invented by body builders consisting of various powders and additives, some of which have been banned by professional sports associations. But David heard fruit and easy weight loss, and he was interested.

“Maybe we should try smoothies,” he said one morning while I was fixing breakfast – if getting out bowls of cereal and fruit can be considered fixing. 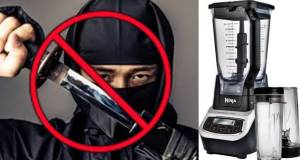 “Only if we get a Ninja,” I replied. The only blender we had was a VitaMix I had bought at the State Fair fifty years before. It still worked, kind of. Its claim to fame was that the blades worked in either direction. However, sometime in the last half century, reverse stopped working, so ours only moved in one direction. We had tried smoothies once before, but chunks of fruit would get stuck under the blades or just be missed altogether – and finding a frozen grape in my breakfast was not my idea of a good time. I had used Stella’s Ninja during one of our house-sitting visits with Spike, and had coveted one ever since. But I knew they were expensive, and I really didn’t have a place to put it, so I put it out of my mind.

I apparently underestimated David’s interest in smoothies. A few weeks after our brief conversation, a large box appeared on our front porch. He brought it in and placed it on my footstool. “This is yours,” he said – and so it was – a Ninja with all the accessories.

Since then, I’ve tried most of the smoothie recipes in the booklet that came with the unit, and I’ve invented a few of my own. I’ve even begun to add a scoop of protein powder since I learned it’s basically powdered milk made from whey – and I’ve switched from the “pink stuff” to stevia, so I’m feeling pretty health conscious. I’m also feeling pretty pennywise since I’ve discovered how many leftovers can be used in smoothies.

I hate to throw away food, and I’ve always felt that the creative use of leftovers is a

spiritual gift. David’s not big on casseroles, but he loves my clean-the-kitchen soup which begins with a basic vegetable soup and ends with the addition whatever leftovers are in the fridge or freezer. But there’s not a lot that can be done with certain overripe produce – or there wasn’t before the Ninja. Now I’ve discovered that a smoothie covers up a lot of flaws. For example, bananas that are too ripe to eat are just right when frozen and blended. In fact, almost any fruit that is a bit past optimal can be used the same way. But fruit is not the only candidate for the blender. There are actual recipes that include avocados, and it doesn’t matter if they’re turning a bit dark. And butternut squash!

One of our neighbors called recently asking if we would like some butternut squash. It seems he had thrown some seeds in a flowerbed, and he had a bumper crop. I said I’d take a couple, and the two he brought over were big enough to feed the Brady Bunch. I roasted one with some cinnamon and a drizzle of maple syrup – delicious the first couple of meals, but not so much after that. But there are also recipes that include squash. A frozen banana, some pineapple, and some butternut squash taste pretty amazing, especially with that touch of cinnamon.

We’ve both lost a little weight since we’ve changed our breakfast menu. Of course, the eight-plus hours we spend at the gym each week don’t hurt. Our workout isn’t up to Schwarzenegger standards, but I think Richard Simmons and maybe even Jack LaLanne would approve. Whatever the reason, we’re feeling better, David has his smoothies, I have my Ninja, and I’ve learned more creative uses for leftovers. Who could ask for anything more?

The best of times, the worst of times | by Linda Brendle