Archive for the ‘church family’ Category

Published in the Rains County Leader on February 11, 2020:

I had a new experience Sunday morning – I helped with KIDZ Church, a program at Believers’ Baptist for children from four years old through second grade. These children begin the service in the Sanctuary with their families where they experience worship in prayer, singing, and presenting offerings, and on the last Sunday of each month, they stay in the Sanctuary for the whole service. The rest of the month, though, they are dismissed to the KIDZ Church room in the Family and Children’s Building when Pastor Jason stands up to preach, and there they experience worship aimed at their level of understanding.

In order that no adults consistently miss Morning Worship, volunteers serve as teachers and helpers on a rotating basis – usually two adults and two of our older students for one month a year. This week they were short one adult, and when Betsy sent out a request on the church Facebook page, I said I would help. It wasn’t a difficult task – mainly to be present to help maintain some semblance of order. One thing to keep in mind when working with young children is that you will never achieve perfect order. There will be noise, talking, wiggling, inattention, and more, but the goal is to walk the narrow line between tyranny and anarchy. END_OF_DOCUMENT_TOKEN_TO_BE_REPLACED

I love my church family! by Linda Brendle

Published in the Rains County Leader on January 28, 2020:

Going to church on Sunday mornings is one of the best things I do all week, at least once I get past getting up a little earlier than usual and getting out the door looking a little more presentable than usual. It’s like a big family reunion every week. Almost everybody is happy and has a big smile and a warm hug – and the ones who don’t are an opportunity to share heartaches and encourage one another. It’s the perfect place to learn more about God and the Bible and to ask that hard question that you didn’t want to ask anywhere else because it might turn out to be a dumb question. And sometimes, after the teaching and the preaching and the singing and the praying, it’s a great place for lunch.

Sunday was one of those times. It seems like most churches look for any excuse to share

a meal, and ours is no exception. Our pastors and elders are always looking for ways to encourage fellowship among the church members, so we have some kind of social event several times a year. This one was a soup and dessert lunch – all you can eat, of course – and a fund raiser. The details aren’t important, but there was a need, so members were asked to consider donating what they would normally spend on lunch. Based on the amount collected, a lot of the members eat better than David and I do! END_OF_DOCUMENT_TOKEN_TO_BE_REPLACED

What your pastor gives up | by Linda Brendle

Published in the Rains County Leader on November 19, 2019: 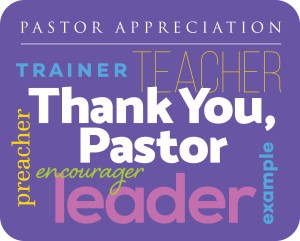 Pastor Appreciation Day was last month, and I pretty much let it slide by. I told myself that I let Pastor Jason know on a regular basis how much I appreciate him, but something happened on Sunday that I couldn’t let pass without notice.

Last weekend, Pastor Jason and his wife Stacy took some much deserved personal time. Believers’ Baptist is blessed with people who can step in to fill the pulpit and play the keyboard when the Rolens are gone, but it’s always nice to have the family back together. Sunday was extra special because we were celebrating the Lord’s Supper after the worship service.

After Stacy finished the prelude, Pastor Jason went through the announcements, read a passage of Scripture as a call to worship, and lead us in the opening prayer. Before he began, he mentioned how much he and Stacy had enjoyed their weekend, especially Sunday morning. The church they visited was celebrating the Lord’s Supper, and for the first time in their 20+ years of marriage, they were able to sit in the pew together and take Communion as a couple. That’s just one of many things they give up to minister to their church family. END_OF_DOCUMENT_TOKEN_TO_BE_REPLACED

Published in the Rains County Leader on September 3, 2019:

Every Friday night for the past several years, David and I have attended a home Bible study with several friends from our church. As the name implies, we meet at the home of someone in the group where we share a meal, praises and prayer requests, and Bible study. On Mondays, I send out a group email that includes the prayer list and a link to the food sign-up sheet for the next Friday.

Early last week, Brenda signed up for the main dish with a notation that said “not sure what yet.” Being the witty writer that I am, I signed up for a salad with the added quip of “something to go with what Brenda makes.” A couple of days later she changed her post to “baby back ribs,” and since I didn’t want to settle for one of my default offerings of cole slaw or broccoli salad, I went to Google. END_OF_DOCUMENT_TOKEN_TO_BE_REPLACED 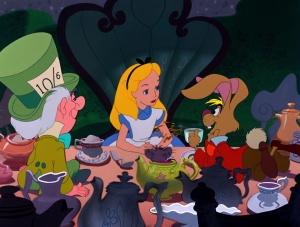 On Sundays, David and I usually go home after church and have a light lunch, usually leftovers, but this week Don and Carol asked David if we wanted to go out to eat with them. It sounded like fun to me, so when we pulled out of the parking lot, he turned right instead of left. Everyone must have had the same idea, because the parking lot at Sidekicks was so full we had to park at the flower shop. Don and Carol were already seated at a table for four, but Paul had joined them. When Carol saw us, she said, “Oh, David said he wasn’t sure.” Then, she nodded at the empty table for six behind her, and everybody shifted. It was a little like the tea party scene from Alice in Wonderland  – “clean cup, clean cup, move down, move down.” END_OF_DOCUMENT_TOKEN_TO_BE_REPLACED

Boys and Their Toys | by Linda Brendle

On the first Saturday of every month, the House of Prayer on FM 515 serves a great breakfast in their Family Life Center beginning at 9:00 am. There is a donation jar to help cover expenses, but other than that, that is no charge, and the event is open to the public. The turnout is usually pretty small, but the event is very popular with a number of the Senior Center regulars. The members of the church are gracious hosts and good cooks, and it’s another opportunity to visit with friends.

Church. They lived about thirty minutes away but were planning to relocate to Emory once they found the right property. While they attended Sunday Morning Worship regularly, they didn’t get too involved in the community until recently when they found the perfect location. Now they live in their RV while they supervise the building of their new home. The wet weather has slowed progress to a crawl, so they have free time to explore what Emory has to offer.

Since Bill and Susan had already found a church home, David’s first recommendation was the Senior Center. They began coming for lunch a few weeks ago, and like most of us, they have found it an enjoyable place to take a midday break and catch up on the local gossip. It’s also a good place to learn more about people you previously only saw in their Sunday best. The first thing David noticed was that Bill has almost as large an assortment of Mopar T-shirts as David has of Harley shirts. END_OF_DOCUMENT_TOKEN_TO_BE_REPLACED

Published in the Rains County Leader on February 14, 2017:

Because I’m the church secretary, I’m sometimes a few minutes late to Sunday School after I make a stop in my office to pick up a form I need someone to fill out or an envelope the treasurer has asked me to deliver. Then, it’s not unusual for someone to stop me before I make it to class to ask me to correct an address or to check the lost and found for a Bible. To tell the truth, I kind of like being one of the last ones to arrive. As I walk down the hall toward the Fellowship Hall where the adults meet, I can hear the sound of funny stories about the work week being told, of concerns for friends and family being exchanged, of lives being shared. It sounds a lot like love. END_OF_DOCUMENT_TOKEN_TO_BE_REPLACED