Archive for the ‘Death’ Category

Today is the 100th anniversary of Elmer Loyd Robinson’s birth. In honor of the occasion, I’m reposting the first blog post I wrote on July 20, 2011.

Daddy was a simple man. I don’t mean that he wasn’t smart. Quite the opposite. He was valedictorian of his high school graduating class, and he was great at helping me with my homework. He could figure out how to fix or build anything. When he worked for the Post Office, he could quote the manual verbatim and knew where every Texas town was located, no matter how small. But his needs and wants were simple, and he sometimes didn’t understand the complexities of the modern world. He didn’t leave behind a collection of awards and trophies or a big estate, but he left behind a legacy of peace and love that will live for a long time.

Daddy was hard to buy for because he didn’t need much to be happy. If he had a pair of shoes for work and another for Sunday, he didn’t see the need of another pair for his birthday. He didn’t understand why Givenchy for Men was better than Aqua Velva or Old Spice, and the stylish shirts and sweaters he received for Christmas or Father’s Day hung in the back of his closet while he wore his favorite button-up plaid shirts. He played golf with a set of used clubs, and he docked his used fishing boat at a dock he built with his own hands. The most excited I ever saw him about a gift was Christmas of 1957. We had a brand new Plymouth, maybe the first new car he ever owned. In those days, outside rear-view mirrors were an accessory, and one on each side was a real luxury. That year Jim and I pooled our money and bought Daddy a matching pair of chrome rear-view mirrors. He opened the present with a half-smile that said, Oh, goody, another pair of shoes, but when he saw the glitter of chrome, he broke into a real smile. When he saw the second mirror, he absolutely beamed.

END_OF_DOCUMENT_TOKEN_TO_BE_REPLACED

A Lone Indian Paintbrush and Paul McMerrell | by Linda Brendle

Published in the Rains County Leader on November 17, 2020:

David and I visited with our dog friend Spike this weekend while his people took a break from raising cattle. Spike was unusually subdued, maybe feeling the pressure of 2020 like the rest of us. More likely, though, his calm attitude is because of the strict restraints he’s under to keep him from chasing several new calves. Instead of having the run of the ranch, he stays in the barn, the house, or tethered on the patio, and he walks on a leash. He’s a country dog living a city life, but he doesn’t seem to mind as long as there are plenty of treats and an occasional session of petting.

Sunday morning I woke up a little before 6:00 am. I thought I might catch a few more winks, but I must have stirred around too much because Spike appeared at the bedroom door and did his I-need-to-go-out dance. I knew more sleep was probably out of the question, so I dressed and took him for a quick turn around the yard. He did his duty and we came back inside for a treat and a cup of coffee – his treat and my coffee. He had his breakfast while I had my quiet time, and once the sun was up enough to take the chill off the air, we took another walk to the gate and back, about a quarter of a mile round trip. He ambled along at my pace, sniffed a few bushes, and barked at a passing car. On the return trip I noticed a splash of color in the grass between the gravel driveway and the fence. It was a single Indian Paintbrush waving happily in the breeze, unaware that it was completely alone and out of season. It was a hopeful sight, a promise of Spring in the midst of bare branches and fallen leaves.

END_OF_DOCUMENT_TOKEN_TO_BE_REPLACED

Has anyone ever asked you if you’re afraid of death? I think all of us have dealt with that question at some time in our lives, even if it was only in our own minds. My stock answer has been, “I’m not afraid of dying, but I don’t look forward to the process.” Twice in my life I’ve had a chance to test the validity of that answer, and I’d say it pretty much passed the test.

The first incident happened about fifteen years ago while we were living in Florida. I woke up around 4:00 am feeling really odd. There was no pain, but I felt as if someone was doing a very uncoordinated tap dance in my chest. David was dabbling in currency trading at that time and often rose very early to check the foreign exchanges before they closed. I lay in the darkness for a while, taking a mental inventory of symptoms and feelings, and finally went into the office. END_OF_DOCUMENT_TOKEN_TO_BE_REPLACED

What was Alzheimer’s to our family? | by Linda Brendle 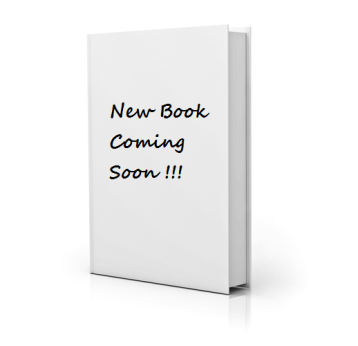 I announced a couple of weeks ago that Anaiah Press will release Mom’s Long Good-Bye: A Caregiver’s Tale of Alzheimer’s, Grief, and Comfort, my second memoir, on March 12. Here’s a little bit more about the book:

Alzheimer’s was the evil plaque in Dad’s brain that changed him from a hard-working, easy-going man into a cranky, ill-tempered couch potato.

Alzheimer’s was a thief. It stole Mom away a piece at a time and left me to grieve a loss that went on for years.

Alzheimer’s was a twisted comedian that made me laugh at the ridiculous things Mom did while I cried inside because of the reason behind her antics.

Alzheimer’s was the demon in my head that made me impatient with situations that were no one’s fault and angry at an opponent I couldn’t defeat.

Alzheimer’s was the monster in the closet or under the bed that changed our lives forever once the doctor spoke its name.

But Alzheimer’s was also the loser.

In spite of his difficult final years, Dad left a legacy of peace and love that lives on in the family he left behind.

While Mom’s past disappeared along with her memories, she also forgot the social anxieties and fears that had plagued her all her life and became a real party girl.

The wardrobe mishaps and other silly incidents often led to shared laughter and hugs that made life feel almost normal if only for a moment.

As the good days became fewer, I learned to cherish them when they came.

When Mom’s vocabulary was down to only a few words, one of those words was Jesus; and even to the end, she always responded to music.

Both Mom and Dad passed from this life without a struggle and with peaceful smiles on their faces as they looked into the face of the One who cares for the least of these.

I have found solace in knowing that my task of caregiving was completed not perfectly but well, and I have found comfort in sharing our story with others who are going through the same thing.

A beautiful cover is in the works. I will let you see it as soon as the final version is ready.

Church Ladies – the Other Side of the Story | by Linda Brendle

I almost missed this week’s newspaper. We have been in Louisiana all week, and I have fallen way behind in my writing. Thankfully, I can write quickly once I receive a gentle reminder that a deadline is looming.

We made the four-hour drive to West Monroe in just over three hours last Sunday when we received a call that David’s mother was in the hospital. Betty had suffered with various lung issues for several years, so when she contracted pneumonia, it was critical. The family gathered and stood vigil, at her bedside when we were allowed into the ICU, and in the waiting room or by the phone when visiting hours were over. END_OF_DOCUMENT_TOKEN_TO_BE_REPLACED

When I was younger, I thought operations and medications were the only subjects older people talked about. As I “matured,” I realized that I was wrong. Sometimes we talk about our final wishes–how we want our earthly remains to be put to rest when we leave them behind. A couple of Sundays ago, several of us went to lunch after church. By the time our meal was finished, we had solved the world’s problems, and our conversation drifted to more practical matters like the choice between burial and cremation.

One couple, while they took part in the discussion, remained non-committal about their personal plans. David plans to be buried at Uncle Sam’s expense, thanks to his eleven years of service in the Navy. The rest of us plan to be cremated. END_OF_DOCUMENT_TOKEN_TO_BE_REPLACED

When You Don’t Understand, Bow the Knee | by Linda Brendle

My church family suffered a tragic loss Sunday morning when one of our members, the thirty-one-year-old mother of three, died suddenly. Her death was so unexpected that she and her husband were listed in the bulletins as the greeters for the day. This week has been a time of grieving, reaching out to each other, and asking Why? END_OF_DOCUMENT_TOKEN_TO_BE_REPLACED

Calling In Hospice Is Not Giving Up | by Linda Brendle

I didn’t know much about hospice before Mom died. Hospice was called the year before when Dad had a massive stroke, but he went so quickly that I didn’t learn much about what hospice was about. All I knew was that the hospice nurse called the necessary people to handle the necessary paperwork. I showed my ignorance in a short conversation with her.

“I guess this makes your job a little less heart wrenching, when the patient doesn’t linger for a long time.” END_OF_DOCUMENT_TOKEN_TO_BE_REPLACED

A Tribute to the Harmons| by Linda Brendle 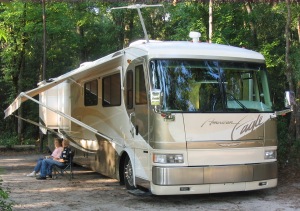 I met Brent and Sharon Harmon in early 2007 when David and I first got serious about the RV lifestyle. I’m not sure how our interest was first piqued. The first thing I remember is David showing me a luxury motorhome on his computer. It sported a mid-six figure price tag, and we laughed over the impossibility of owning one as we oohed and aahed over the fancy, tricked-out bus. END_OF_DOCUMENT_TOKEN_TO_BE_REPLACED

Yesterday I cited an article from an AgingCare.com newsletter about Daylight Savings Time. The newsletter had another article by the same author, Anne-Marie Botek, titled “Why a Nurse Refused to Give a Dying Woman CPR.” It was about the controversy surrounding the death of an 87-year-old woman who was a resident of Glenwood Gardens, an “independent living facility” in Bakersfield, California. When the woman collapsed, a staff member called 911. The staff member was a nurse, and the 911 operator pleaded with her to administer CPR until the paramedics arrived, but the nurse refused, citing facility policy against doing so. The ambulance arrived within minutes and transported the patient to the hospital where she was later pronounced dead. Shocking, right? When I first heard the story on the O’Reilly Factor last week, I thought so, but after reading this article and thinking about Mom and Dad’s situations, I’m not so sure. END_OF_DOCUMENT_TOKEN_TO_BE_REPLACED