Living in a Micro World | by Linda Brendle

There was a time not too many centuries ago when it was not uncommon for a person to live their entire life within a few miles of the place where they were born. The furthest they traveled was to the nearest town for supplies, church and school. They socialized with family and friends from nearby farms, picked a mate from that small pool of choices, raised children, died at home and were laid to rest in the community cemetery.

Then, in the early 19th century, Samuel Morse and other inventors developed a way to transmit electrical signals over long distances, and the communication revolution began. It wasn’t long before radios, telephones, televisions, computers and satellites opened up the world to those little insulated areas. While all this was going on, other inventors transformed travel with the creation of steamboats, trains, automobiles, airplanes and rockets.

Almost overnight, at least from a historical perspective, civilization changed from a

collection of micro or extremely small communities to one macro or large scale, we-are-the-world society. Most of us live somewhere between those two extremes, but there are times when I feel like COVID has pushed us back into a micro world. It’s not the ultra-isolated world of the pre-electronic age. We still have instant access to more information than we can or want to take in, but our pool of human contacts has dried up to a puddle. I became very aware of that this past weekend. END_OF_DOCUMENT_TOKEN_TO_BE_REPLACED

Published in the Rains County Leader on February 13, 2018: 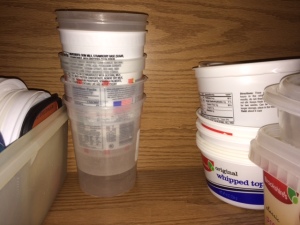 The first time I remember hearing the term Redneck Tupperware was at Home Group. Every Friday night a group from our church meets for dinner, fellowship, and Bible study. Everyone brings a dish or two, and there’s usually quite a bit leftover which we share with anyone who wants to take some home. Most of us don’t have the foresight to bring our own to-go containers, but our hostess is very generous. The night I first heard the term, she pointed to a cabinet under the island where we serve the food and said, “There’s lots of Redneck Tupperware in there. Help yourself.” I smiled when I saw a large collection of empty plastic tubs that had once held whipped topping, butter spread, lunch meat, and other foods stacked in a fabric cube storage bin. END_OF_DOCUMENT_TOKEN_TO_BE_REPLACED