I miss my Mom | by Linda Brendle

I miss Mom. I’ve missed her for a long time. For most of my life, I talked to her almost every day, but after Alzheimer’s invaded her mind, those talks gradually lost their meaning.

Mom was smart, but she was never an intellectual. She didn’t care much about politics or philosophy or current events. She cared about her family and the things that affected our lives directly.

She went to work outside our home when I was in third grade, and Jim and I became latchkey kids. It was a gentler time when children played outside unsupervised and walked or rode their bikes to school without fear. But Mom was cautious. We were required to stay inside when she and Dad were at work, and I was expected to call her when I arrived home from school.

END_OF_DOCUMENT_TOKEN_TO_BE_REPLACED

Mother’s Day is this coming Sunday, and as I thought about what to write, I wanted to write a tribute to my mother. I’ve already written a lot about her – she’s the main topic of both my Alzheimer’s caregiving memoirs. But as I looked through years of blog posts and articles, I couldn’t find a tribute paying homage specifically to her as the woman who gave me life and played a huge part in molding me into who I am today. I found one I wrote about Daddy and several I’ve written about friends, but no single tribute article for her.

With that in mind, I gave a lot of thought about how to begin her article, but I ran into one mental or emotional road block after another. Maybe I’ve said everything I have to say about her, or maybe the things that haven’t been said are too personal to share – or maybe it’s just complicated. Whatever the reason, I finally gave up the idea and decided to share a chapter from my second memoir. The chapter is titled Southridge Village’s Tribute to Mom.

After Mom died, we received a lot of sweet, heartfelt expressions of sympathy. There were emails, notes on Facebook, cards, phone calls, and personal words of support. All of them meant so much and helped us deal with the grief, but none of them meant any more to me than the one we received from Southridge Village.

END_OF_DOCUMENT_TOKEN_TO_BE_REPLACED

Images of Moms | by Linda Brendle

Last month, I participated in a photo challenge with some of my Facebook family and friends. We were given a topic for each day of the month and were supposed to post a picture related to that topic. It was especially challenging for me since I usually think in verbal images rather than visual ones. Some of my pictures were just something to check off the list, some were pretty good, and a few were almost inspired. It was fun, but it was also a bit of relief when it was over. I guess I’m still thinking in visual images, though. Sunday morning I saw the perfect image for the topic “mom.”

We have a number of young couples in our church and lots of children. In fact, you have to be careful in the halls not to step on a little one or knock over a toddler who’s just getting his legs under him. I’m way out of that circle, but based on Facebook posts and other evidence, I think there are lots of play dates and sleepovers among our kids. There’s also a lot of seat swapping in church – you never know which kids will be sitting with which family. END_OF_DOCUMENT_TOKEN_TO_BE_REPLACED

A Mother’s Day re-run from two years ago:

On Motherhood, Co-Dependence, and Letting Go

I loved being pregnant. For a co-dependent like me, it was the ultimate boundary-free relationship. I had an easy pregnancy, no morning sickness or fat ankles, but toward the end, he took up more than his share of space. Like a toddler who crawls in bed with you in the middle of the night, he stretched his 21 inches in all directions at once, wedging a hand under my ribs while standing on my kidneys and sitting on my bladder. I think God plans it that way so, by the time labor begins, you’re completely ready to let go of the little bundle of joy you’ve been incubating for nine months. And that’s what being a mother is all about–letting go. END_OF_DOCUMENT_TOKEN_TO_BE_REPLACED

It’s been a busy day, and I almost forgot my Hodgepodge Wednesday post. Happy Mother’s Day to all.

Mom had lots of anxieties and insecurities, but when strength was necessary, she rose to the occasion.

2.  A quote most commonly ascribed to Plato reads “Necessity is the mother of invention.” When did this last play out in your own experience? END_OF_DOCUMENT_TOKEN_TO_BE_REPLACED 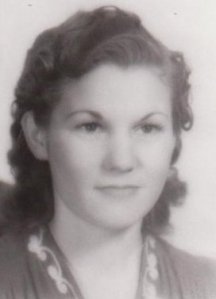 Today was my first Mother’s Day without Mom, and it wasn’t nearly as hard as I thought it would be. END_OF_DOCUMENT_TOKEN_TO_BE_REPLACED

I Miss Mom When I Pray | by Linda Brendle

Unless you’re a brand new visitor to my blog (and if you are, welcome!), you know that I cared for my parents for many years and that they both went home to be with the Lord in the last couple of years. Dad passed away on May 13, 2011, and Mom followed him on May 20 of this year. I was close to both of them, but especially to Mom, and on May 30 I wrote a post about how much I miss her. It’s become my most popular post, getting almost 1,800 views to date, almost three times as many as my previous favorite about why old people smell bad.  END_OF_DOCUMENT_TOKEN_TO_BE_REPLACED 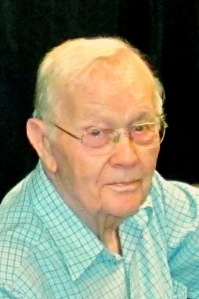 Today is the first anniversary of Daddy’s death, so I’m rerunning the first post I published on this blog on July 20th last year. I miss you, Daddy.

Daddy was a simple man. I don’t mean that he wasn’t smart. Quite the opposite. He was valedictorian of his high school graduating class, and he was great at helping me with my homework. He could figure out how to fix or build anything. When he worked for the Post Office, he could quote the manual verbatim and knew where every Texas town was located, no matter how small. But his needs and wants were simple, and he sometimes didn’t understand the complexities of the modern world. He didn’t leave behind a collection of awards and trophies or a big estate, but he left behind a legacy of peace and love that will live for a long time. END_OF_DOCUMENT_TOKEN_TO_BE_REPLACED

On Motherhood, Co-Dependence, and Letting Go | by Linda Brendle

I loved being pregnant. For a co-dependent like me, it was the ultimate boundary-free relationship. I had an easy pregnancy, no morning sickness or fat ankles, but toward the end, he took up more than his share of space. Like a toddler who crawls in bed with you in the middle of the night, he stretched his 21 inches in all directions at once, wedging a hand under my ribs while standing on my kidneys and sitting on my bladder. I think God plans it that way so, by the time labor begins, you’re completely ready to let go of the little bundle of joy you’ve been incubating for nine months. And that’s what being a mother is all about – letting go. END_OF_DOCUMENT_TOKEN_TO_BE_REPLACED