Published in the Rains County Leader on October 13, 2022:

Two weeks ago I wrote about the arrival of Fall. I listed some sure signs of the season, but one I failed to mention was the Friends of the Library Semi-Annual Book Sale Event. These sales signal the arrival of Spring and Fall as surely as the blooming flowers and the falling leaves. With less than two weeks until the October Sale, Facebook posts have popped up announcing the dates and times, and if you haven’t seen flyers in local businesses, you soon will. And all this excitement is about one thing – books. Gently used books of all genres are sold at unbelievably low prices, all for the benefit of the Rains County Public Library and its children’s literacy programs.

So exactly what are books, and why are they so important? Google describes a book as a written or printed work consisting of pages glued or sewn together along one side and bound in covers. Although people recorded their thoughts and actions on the walls of caves and stone pillars for thousands of years throughout the world, the first paper books are believed to have come from China. The paper was created from a pulp made of mulberries, hemp, bark, and even fish that was pressed flat and dried into sheets.

We don’t know when the first person first recorded his thoughts in symbols – perhaps God taught Adam to write in the Garden of Eden. After all, He told Moses to write down the Creation story and following events, and He personally etched His Ten Commandments in stone so we would hopefully remember and obey them. He apparently thought the written word was important, so here are a few other reasons that books are important to us today.

END_OF_DOCUMENT_TOKEN_TO_BE_REPLACED

One of the responsibilities of the President of the Friends of the Library is to submit a Year in Review Report to the Commissioners’ Court. My predecessor, Lyn Baldwin, made this submission in the form of an in-person PowerPoint slide presentation. Last year, because of COVID, I submitted the report for 2019 by email. It worked out well, and since I’m not much of a public speaker unless I’m talking about my books, I’ll probably do the same thing this year –assuming I can gather enough material.

2020 was the year of cancellations, and that included FOL plans. From April through September, FOL correspondence alternated between announcements of new plans and announcements of cancellations. I ended the year with a few photos of the October Book Sale, but not nearly enough for a presentation. So I made a plea for photos of any FOL or Library events. I heard the sound of crickets, but as usual, Library Director Wendy Byrd came through. She sent me pictures of the Tween Photo Contest display boards, Summer Reading winners, and little bitties enjoying story time early in the year. Her offering was more than enough for a decent PowerPoint and also for a bit of column inspiration.

Christian Piatt, my own son, was a great fan of Library Story Time. I was never sure which was the bigger attraction, the books or the children’s librarian who he planned to marry one day. Actually, he was a big fan of anything that involved words. He watched Sesame Street and the Electric Company, and he went to bed without a fight as long as I promised to read two stories and a poem.

END_OF_DOCUMENT_TOKEN_TO_BE_REPLACED

The Best Part about Getting Older | by Linda Brendle 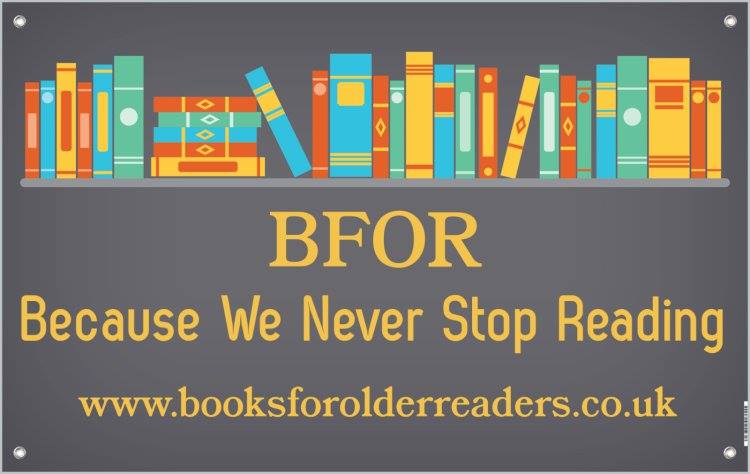 Several days ago my 16-year-old grand niece posted this meme on Facebook, and I responded with the obligatory laughing emoticon. I remember when I was her age, and our generational slogan was “Don’t trust anyone over thirty.” I never really felt that distrust, but I did feel like anyone who was thirty was pretty much past their prime. Now that I’m well over twice that age, my perspective has changed. I no longer feel like there’s nothing good about getting older. In fact, I have found it to be quite enjoyable, and here are some reasons why.

I’ve never been what you’d call a fashionista, but there was a time when I tried to keep 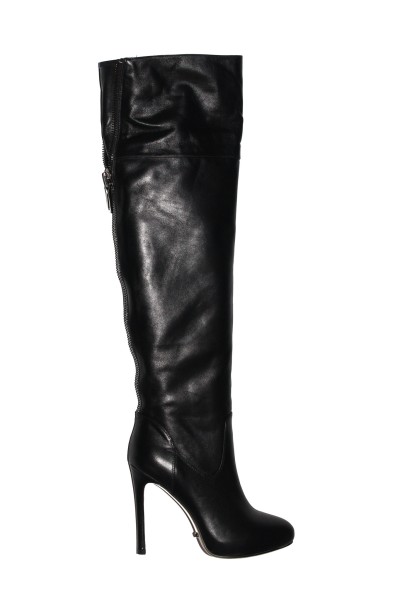 up with current trends in clothes, make-up, hairstyles, and especially shoes. I loved shoes and would have had a pair to go with every outfit if I had the budget for it. After my brother told me I walked like an elephant when I strode past him in my first pair of three-inch heels, I practiced long and hard until I could glide in a pair of stilettos with nary a turned ankle. I did manage to turn a few heads, though.

After several decades, back surgery, and months of physical therapy, I had to modify my heel height. I mourned the loss until I stumbled into a conversation with some of the younger women in my office. They were all sporting fashionable boots with four-inch spikes and were comparing blisters and foot pain. I mumbled words of sympathy as I stood, comfortably smug in my sensible mid-heel pumps, and thought, “I’m so glad I’ve reached the age where I don’t have to do that anymore.” 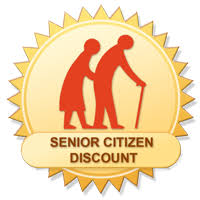 If you enjoy spending money, one of the really fun parts of becoming a senior citizen is the discounts. My first encounter with this truth was shortly after my fiftieth birthday. The rolling over of another decade had been hard on me. I had just moved to a new town for a new job, so I was feeling old and alone. Then, I went to the bank to open a new account and discovered that, because of my advanced age, I qualified for free checking. That was when I decided that getting older wasn’t so bad after all. Since then, I’ve discovered that many businesses offer senior discounts including restaurants, movies, hotels, hair stylists, and even grocery stores. If all I have to do to get lower prices is live long enough to have gray hair and wrinkles, I’m all for that.

I probably should have put this one first, but I wrote this in no particular order. Proverbs

17:6 says “Grandchildren are the crown of the aged,” and that was before Facebook gave us a worldwide place to brag about them. It is the privilege – and duty – of grandparents to love, dote on, indulge, and totally spoil the youngest generation without the burden of day-to-day reality. There is no way to describe the feeling when your son hands you his firstborn and says, “Meet your grandson.”

One of my favorite aspects of being older is the slower pace. I’ve always been more of a tortoise than a hare, and after many years of running to keep up, it feels as if life is finally slowing down to match my pace. Much of that is by

choice as my husband and I have left city life in favor of a small town in East Texas where the two most exciting events of the year are Founder’s Day and the County Fair. I worked part-time at my church until the first of this year, but even then my hours were flexible enough that I gave up setting an alarm clock. Now that I’m retired, I rarely schedule anything before 9:00 or 10:00 am, and slow and easy is the order of the day at the Brendle household.

The absolutely best part about this slower pace is that there is plenty of time for reading. I’ve always been a reader, slipping off into the living room with a book while the rest of the family was gathered around the TV or getting lost in a library book instead of cramming for a test during study hall. Now no one questions the time I spend reading or writing. In fact, the mental exercise is encouraged as a way of keeping the older brain active and healthy. 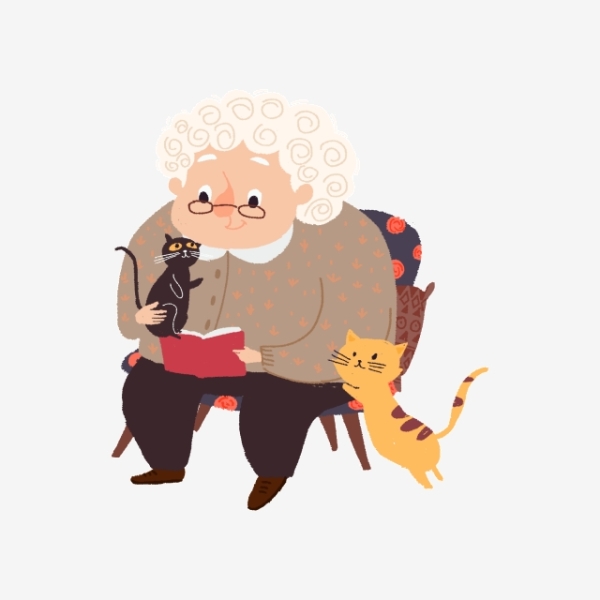 to read in my lifetime, so I have to choose wisely. I was thrilled when I came across BFOR on Facebook. Books for Older Readers (BFOR) is a group that was established in October 2017 to promote books with older protagonists and/or themes such as ‘second chances’ which tend to appeal to readers in mid-life or beyond.

BFOR has a website where you can find lists of books and authors that will appeal to all ages but have a special attraction to those of us in middle age and beyond because of the age of the characters and/or the subject matter. The book lists feature short descriptions, book covers, and buy links. BFOR also has a Facebook Group where you can interact with other authors and readers who share your interests and concerns.

So, this is my answer to my grand niece’s question. What would your answer be? What do you think is the best part of growing older?

Confessions of a Book Junkie | by Linda Brendle

I love books. There weren’t a lot of them around the house when I was little, but I loved the ones I had. Dr. Dan the Bandage Man, The Little Red Hen, and The Little Engine That Could were my favorites. We had a set of Book of Knowledge Encyclopedias, and while I wasn’t interested in the boring factual stuff, I discovered there were fables and fairy tales scattered among the pages. I spent many afternoons searching for them and reading them over and over. END_OF_DOCUMENT_TOKEN_TO_BE_REPLACED