What do I wear? by Linda Brendle

Published in the Rains County Leader on January 21, 2020: 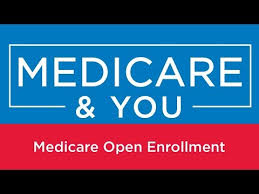 Every year between October 15 and December 7, Medicare open enrollment rolls around. That’s the period when people who have Medicare coverage can reevaluate and/or change their plans. David has coverage through the VA, so when the helpful reminders from every insurance company known to man begin to arrive in the mail, they end up in my to-do paperwork. I’ve been pretty happy with my carriers, so I usually ignore the pile until the deadline has past and then file it in what Dad used to call File 13.

This year was different, though. My supplement, the plan that covers co-pays and other things Medicare doesn’t pay, went up a few dollars as it does every year due to my advancing age. But my prescription drug coverage that had doubled in the seven years since I became eligible had doubled again in just one year. It was time to do some insurance shopping. END_OF_DOCUMENT_TOKEN_TO_BE_REPLACED