Being a slave to the clock | by Linda Brendle 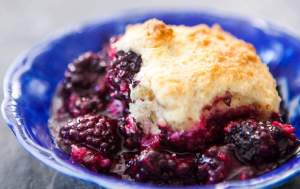 A recent post on Facebook described a perfect example of how our attitude toward time has changed in the last few months. Around 8:30 one evening, the husband of a friend mentioned there were blackberries in the refrigerator that needed to be used before they ruined. About forty-five minutes later as she was putting a cobbler in the oven, he commented that they probably shouldn’t be eating something like that so late in the evening. Her Facebook post read “If he thinks I’m pulling a warm cobbler out of that oven and not eating a bite tonight, he has another think coming.” A later comment indicated that he did think again and that they both had some cobbler before bed. David and I go through a similar routine almost every night now.

Pre-isolation, we had a busy schedule. On Monday mornings we stopped by the church so David could upload Sunday’s sermon to the website and send it to the radio station, on Wednesday morning I went to Ladies’ Bible Study, and Thursdays mornings Bingo began at 9:30 at the Senior Center. Even on non-Bingo days, we tried to make it to the Center by 11:00. Lunch was served from 11:00 to 12:30, but everyone seemed to eat early, and by 11:30 or so the place was empty. END_OF_DOCUMENT_TOKEN_TO_BE_REPLACED